Natural archives such as tufa, speleothems and tree-rings are used to understand environmental changes in the past and to predict effects of future changes. Such archives are not universally present and new records are needed in their absence, especially for the Mediterranean region with the threat of droughts and desertification. We study calcium carbonate deposits from ancient aqueducts as a new high-resolution archive to obtain environmental and archaeological data for the Mediterranean. Our study mainly focusses on the Roman period.

Carbonate samples from aqueducts throughout the Mediterranean (with a focus on France and Italy) are used to study both past climate (temperature and rainfall) and archaeological aspects of ancient aqueducts (restructuring, maintenance etc.). The new archive contains information on both aspects as they are closely connected. Study of this new archive requires interdisciplinary collaboration of natural scientists and archaeologists. Archaeological investigations serve to better interpret engineering aspects of ancient water structures, their construction and maintenance history, and indirectly, the effects of economic and societal changes on maintenance and modification of water systems.  Palaeoclimate investigation of the aqueduct carbonate can give information on temperature and rainfall with up to daily resolution, and on extreme environmental events such as floods, droughts, and possibly on volcanic eruptions and earthquakes

Our research group has developed and is maintaining a database on roman water structures, ROMAQ, and an important collection of carbonate samples from ancient aqueducts and water mills, presently from more than 2000 samples from over 100 sites around the Mediterranean.

One of the most interesting types of research is interdisciplinary work. We cooperate with archaeologists, historians, meteorologists, dendrochronologists, hydrologists, biologists and engineers to study carbonate deposits in ancient aqueducts. 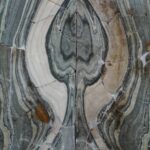 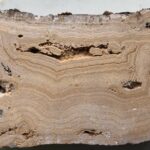 This text will be overwritten by jQuery

Other Themes in Geoarchaeology

Besides work on ancient aqueducts, we study several aspects of technology in the Greek and Roman world